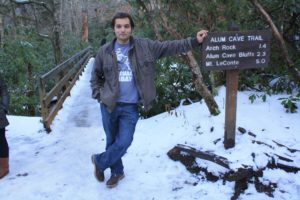 Omer Anil Turkkan obtained his bachelor’s degree in Aerospace Engineering with a double major in Computer Science at Middle East Technical University, Turkey (2010). Then he joined Mechanical Engineering department of Illinois Institute of Technology for  a masters degree where he worked as a research assistant at the Dynamic Testing Lab.  After getting his degree, he joined Ohio State Mechanical Engineering department for a Ph.D degree and he currently works in Design, Innovation and Simulation Lab..  For more information:

Dr. Haijun Su is an Associate Professor in Mechanical and Aerospace Engineering Department at The Ohio State University. Prior to joining OSU in September 2011, he was an Assistant Professor in Mechanical Engineering at University of Maryland, Baltimore County (2007-2011), a Postdoctoral Associate at Virtual Reality Application Center of Iowa State University (2004-2007).  Dr. Su received his Ph.D. (2004) from the University of California, Irvine, all in Mechanical Engineering.  Awards received by Dr. Su include the MSC Software Simulation paper award in 2002, the finalists of Mechanism and Robotics best paper award in 2005, the NSF Faculty Early Career Development (CAREER) award in 2008, the Compliant Mechanism Theory best paper award in 2009 and 2014, Air Force Summer Faculty Fellowship and ASME M&R Freudenstein/GM Young Investigator award in 2010, Lumley Research Award in 2015.  Dr. Su served as a symposium and session chair for the ASME IDETC/CIE conferences in 2008-2012 and the Industry Relation Chair of the 2010 ASME IDETC/CIE.  He is currently a member of Sigma Xi, ASME, IEEE, ASEE, AMS. For more information: